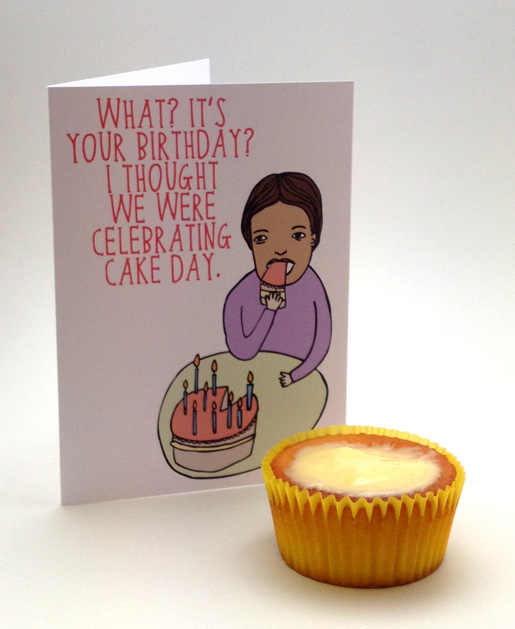 When I was at the trade show a few weeks ago I got super organised and packed a lunch for the first two days. I made some awesome salads and packed into a brown Tupperware container from the '70s or '80s that I found in a Daylesford opshop for $2. I also took some mandarins that ended up being really tasty, sweet but also a bit tart. I decided that a good mandarin is one of the best things in the whole world.

The following week I became obsessed with the idea of a mandarin cake. I had a look online but most of the recipes were adapted versions of a flourless orange cake (you know the one where you boil the whole orange and mix it with almond meal and egg) and I wanted something lighter. I decided to adapt a cupcake recipe I've used a bunch of times and add the juice and some grated rind to the mix, hoping it would all turn out okay. Instead of just juicing the mandarins, I peeled them and boiled them up to create a super juice that would be much more concentrate.

After 30 minutes of faffing about I discovered the juice was really bitter, probably from the pips, but I figured this would still be okay because it would work well with the sweetness from the sugar. I used the 3/4 of a cup of juice as a milk substitute but ended up reading the recipe wrong and adding more milk as well (thinking I needed 1 1/2 cups of milk when in actual fact it was only 1/2 a cup of milk). Oops!

After 15 minutes in the oven they looked perfect, they were all uniform and had risen into the little light lovelies I had envisaged, then I took them out of the oven and they sank like a wet football oval built over landfill. I've baked a lot of cakes in my time and I had never seen this happen so spectacularly. Lucky I had planned to top them with a cream cheese icing and this did a fine job of hiding the sunken shame (I'm wondering if this is why icing was invented in the first place?).

Overall verdict however was good, they were dense and yum but it wasn't the mandarin punch to the mouth I was after and while they seemed very citrusy they didn't have a distinct mandarin flavour. I might try again and but this time get the recipe correct and just juice the mandarins rather than boil the segments down. If anyone has a recipe for a mandarin cake that they have made let me know, I would love to try it.