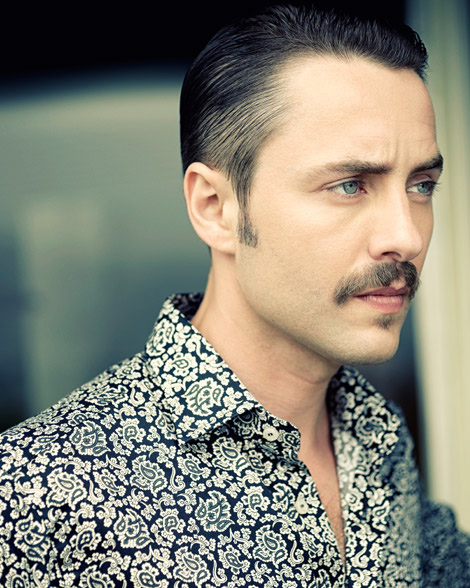 Did you see the pictures Vincent Kartheiser did for Mr. Porter? I love seeing people from television look a bit different to the characters they play and there is no way Trudy would let Pete Campbell get a moustache like that. Not at least until 1980 when she is formally introduced to one Magnum PI.

Pete has been one of my favourite characters on Mad Men from the very start. I know most people don't like him very much, but that unashamed ambition is something that is always interesting to watch. One of my favourite Pete lines (and I won't give too much away) is when he quickly jumps in to correct someone for saying congratulations to an engagement announcement, telling them you say best wishes not congratulations. I am certain that in 2012 Pete would be an internet troll, leaving contentious comments on news websites.

You can view the rest of the very stylish pictures over at the Mr Porter journal here.