With Mother's Day just over a week away we thought we would do an ode to the TV mothers in the lead up to the big event on Sunday the 8th of May. Like most kids who grew up under the soft glow of the television, I feel the television Mum is something special.

We are going to get things started with maybe the most glam TV mother, Betty Draper. We are happily drinking the Mad Men koolaid and have enjoyed watching Betty's parenting over the years. With the show renewed for another three seasons I'm looking forward to her daughter Sally hitting her mid to late teens and giving Betty a total run for her money. I'm also hoping for a spin off show called "1973 - The Year of Sally".


We decided to channel some Betty Draper glam with our Mum The Magnificent. The card is a special one because my Mum came up with the copy for it and is part of our range of cards available for Mother's Day. 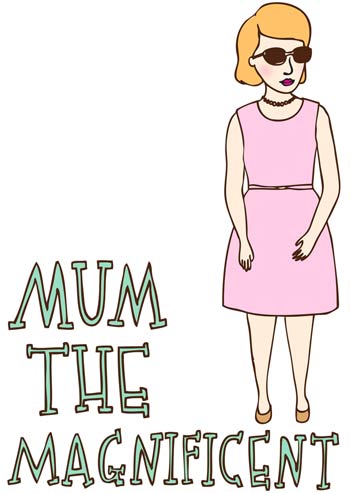