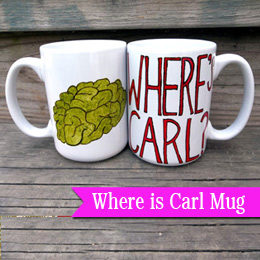 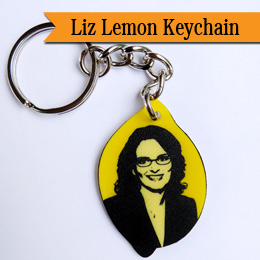 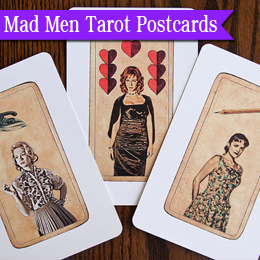 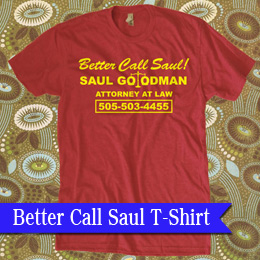 Do you ever get obsessed with your favourite TV shows you end up buying things related to them? That Liz Lemon Lemon keyring is pretty funny, but the Better Call Saul t-shirt (I keep saying It's All Good Man because it sounds like his name) takes the cake for me.

On the subject of Saul, one of the pod casts we listened to on the US road trip was called Comedy Bang Bang (Episode 159) and had him as a guest along with Alison Brie (Trudy from Mad Men). It was kind of weird because it isn't often you hear people playing a character from a TV show in a totally different place. I almost wondered if he was allowed to do it, did he have a written note from Vince Gilligan?

The guy who plays Saul, Bob Odenkirk was also on episode 287 of WTF with Marc Maron along with David Cross (Tobias Funke from Arrested Development) talking about the early days of how they met, working as a television comedy writer and questioning why they keep remaking stuff in Hollywood rather than create new things. This one was really interesting just for the little insights into behind the scenes TV stuff. As you can tell we watch a fair bit.